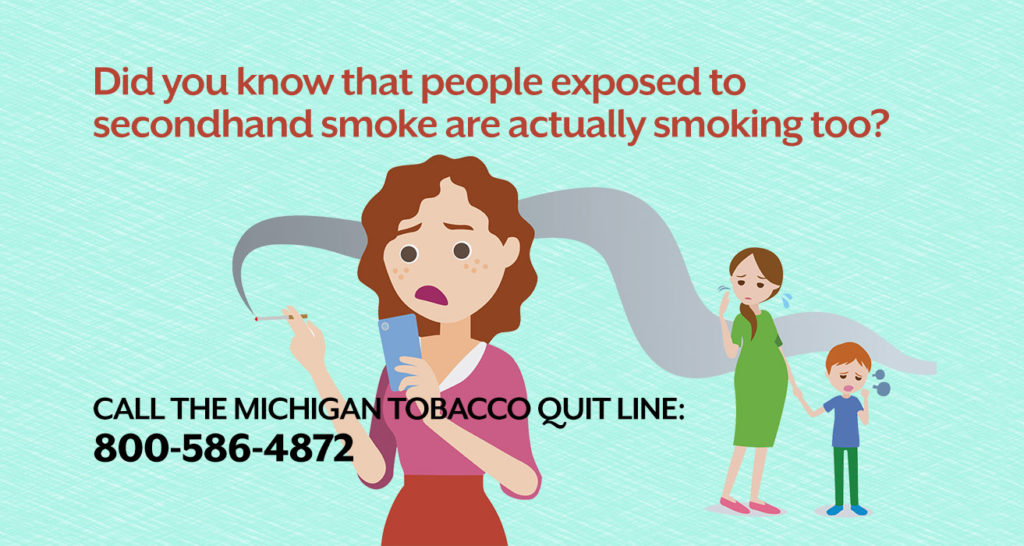 The 2006 U.S. Surgeon General’s Report, “The Health Consequences of Involuntary Exposure to Secondhand Smoke,” has concluded that there is no safe level of exposure to secondhand smoke and, on average, children are exposed to more secondhand smoke than adults. Children are significantly affected by secondhand smoke. Children’s bodies are still developing, and exposure to the poisons in secondhand smoke puts them at risk of severe respiratory diseases and can hinder the growth of their lungs. Secondhand smoke is a known cause of low birth weight, Sudden Infant Death Syndrome (SIDS), asthma, bronchitis, pneumonia, middle ear infection, and other diseases.

Secondhand smoke can be harmful in many ways. In the United States alone, each year it is responsible for:

There is help if you want to quit.  DHD#10 has numerous tobacco cessation recourse, check them all out here.