It’s that time of year again where people and pets spend a lot of time outdoors.  It’s also a good time to prevent rabies.

Foaming at the mouth and erratic behavior are two of the most widely known rabies symptoms (Furious Rabies); however, sick animals can display unusually passive behaviors as well (Dumb Rabies).

Residents should take the following precautions to protect themselves, their family members, and their animals from rabies: 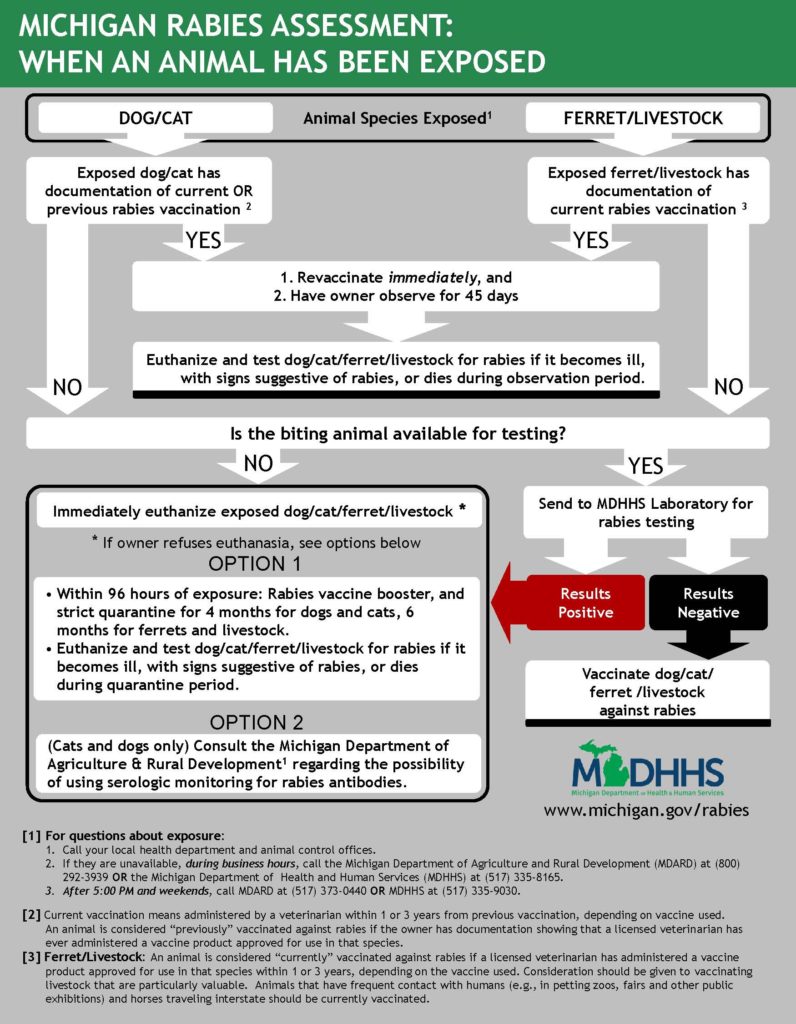