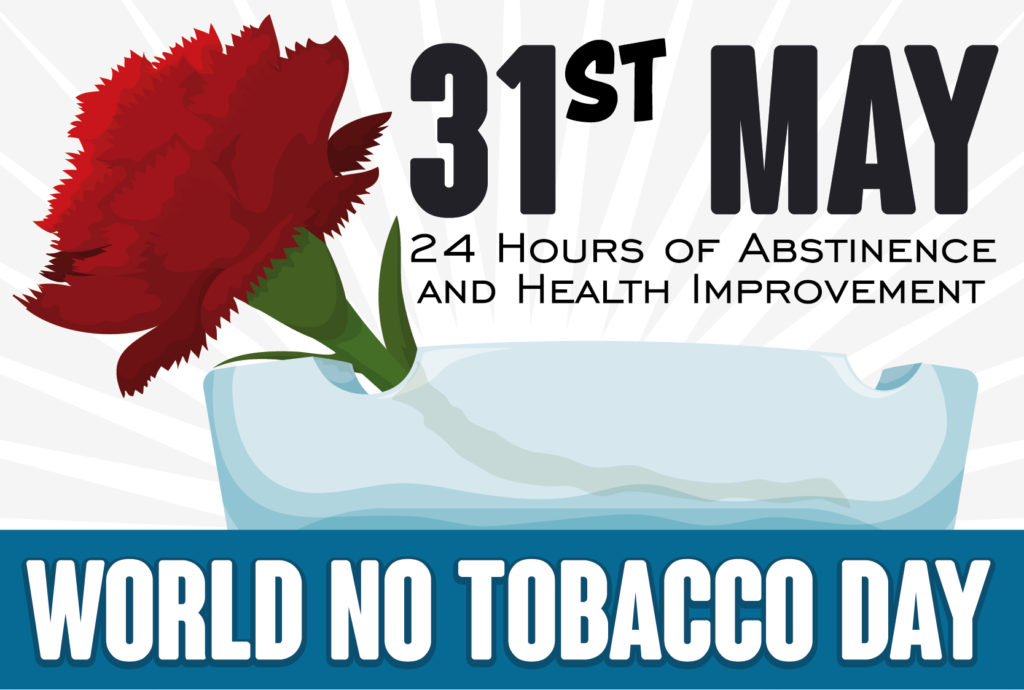 Today is World No Tobacco Day, a day set aside since 1987 by the World Health Organization (WHO) to highlight the health risks associated with tobacco use and encourage governments to adopt effective policies to reduce smoking and other tobacco use.

According to the WHO, tobacco use kills more than 7 million people around the world each year, and that number is predicted to grow unless anti-tobacco actions are increased. In the U.S. each year, smoking results in an estimated 480,000 premature deaths, about one-third of which are due to cancer. And, in 2012, smoking accounted for $176 billion in health care-related expenditures in the our country.

This year, WHO is highlighting how tobacco threatens the development of nations worldwide, and it is calling on governments to implement strong tobacco control measures, including:

According to a new WHO report titled “Tobacco and Its Environmental Impact: An Overview,” tobacco waste contains over 7,000 toxic chemicals, including human carcinogens, that poison the environment. And, tobacco waste is the largest type of litter by count globally. Cigarette butts account for 30–40% of all items collected in coastal and urban clean-ups.

According to the WHO, tobacco threatens all people, and national and regional development, in many ways, including:

“Tobacco is a major barrier to development globally;” says Dr. Douglas Bettcher, director of WHO’s Department for the Prevention on NCDs. “Tobacco-related death and illness are drivers of poverty, leaving households without breadwinners, diverting limited household resources to purchase tobacco products rather than food and school materials, and forcing many people to pay for medical expenses.”

What is the American Cancer Society doing to end this public health threat?